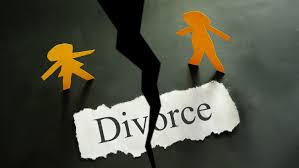 Divorce - Divorce can be difficult.  It can also be liberating.  If you have decided to end your marriage, or are considering divorce, consult with the Shoultz Law Firm to protect your legal rights.  We are experienced, and here to guide you through the process of divorce, custody, spousal support, and dividing community property.  You deserve dedicated, personal representation from the Shoultz Law Firm for your most important legal matters.

No-fault divorces in Louisiana are provided for in the Louisiana Civil Code:

Art. 102.  Judgment of divorce; living separate and apart prior to rule

Art. 103. Judgment of divorce; other grounds
Except in the case of a covenant marriage, a divorce shall be granted on the petition of a spouse upon proof that:
(1) The spouses have been living separate and apart continuously for the requisite period of time, in accordance with Article 103.1, or more on the date the petition is filed.
legis.la.gov/legis/Law.aspx?d=108533

Schedule an Appointment
Frequently Asked Questions (FAQs) about Divorce in Louisiana
(provided by LEAP and publicized for your information by Shoultz Law Firm Divorce Attorneys in Houma - Thibodaux, LA)

What is a marriage?
Marriage is the legal union of a couple as husband and wife.
In order for a marriage to be legally recognized, a couple must go through certain steps. A marriage license must be obtained.  The license will last for 30 days and a couple can be married after three days of the license being issued.  There are other requirements such as being the age of consent.
A marriage will be declared null and is in no need of judicial declaration of divorce if:
1. The consent of one of the spouses was not freely given at the time of the marriage but this right can be lost if the spouse later confirmed the marriage.
2. There was no ceremony of marriage.
3. Stand-ins were used.
4. Marriage was bigamous.
Bigamous refers to a person who is guilty of bigamy. Bigamy is the act of marrying one person while legally married to another.
5. Marriage was between two people who are of the same sex.
6. The couple is of the same family.
What is a divorce?
Divorce is the legal dissolution of a marriage by a court through a judicial order. It may also be referred to as: marital dissolution or dissolution of marriage.
If a marriage is successfully ended through divorce, then a spouse loses all the benefits of the marriage as well as being freed from all of the legal responsibilities of being married.  Property will usually be divided fairly, and the former spouses will go their separate ways.
Can I file for a divorce without a lawyer?
Yes. The law allows you to file for a divorce without a lawyer. Nonetheless, it is always better to seek the assistance of a lawyer, especially if the divorce is complicated by the presence of children and/or property. You should also keep in mind that the clerk of court’s office cannot give you legal advice. If you decide to represent yourself, the court will hold you to the same standards as people who are represented by lawyers.

It is up to you to become familiar with the applicable law and courtroom procedures should you decide to file for a divorce without a lawyer. Consulting with a lawyer is always best, and if you qualify for such services, you may want to seek out free or reduced-fee legal aid in your area. Attempting to represent yourself in court is difficult, emotionally and physically, and it should only be attempted as a last resort.

The most common way to obtain a divorce is by petitioning the court for a judgment of divorce. Less commonly, if certain facts apply to your situation, your marriage may be considered null. Whether you need a judicial declaration of annulment depends on certain facts.

Does Louisiana have common law marriages?
No. Couples in Louisiana are not considered married unless they have obtained a marriage license and had a marriage ceremony, regardless of how long the couple has lived together.

Reconciliation cannot be effected without cohabitation and resumption of marital status. Reconciliation is a defense, meaning that if you file for a divorce and your spouse doesn’t want to get divorced, then your spouse can prevent the divorce if they can prove that you two have reconciled. Sexual activity, without more, is generally not enough to conclusively prove reconciliation.

The advantage of an Article 102 divorce is that the community property will be terminated retroactively to the date of the initial filing of the petition for divorce. It also allows you to begin resolving incidental matters such as child custody, visitation rights, child support, property rights, and spousal support. These matters can be resolved either by mutual agreement between the divorcing couple or by court order if the couple cannot come to an agreement.

What issues may be decided in a divorce case?
The court will decide the issue of termination or dissolution of the marriage. This is the legal term for divorce. The court will end your marriage and all the legal benefits that are a part of your marriage. The court can also decide incidental matters such as child custody, visitation rights, child support, spousal support (also known as alimony), and how to divide up property.

Will the court appoint a lawyer for me?
Probably not. Court-appointed lawyers are usually not available in divorce cases.

What if my spouse has disappeared?
If a spouse disappears under circumstances that make death seem certain, although the body has not been found, a proceeding can be filed to have the death recognized by law, thereby terminating the marriage. If the spouse is on active duty in one of the United States’ armed forces and has been reported missing under circumstances causing the armed services to accept the presumption of death, a Louisiana court may make a declaration of death.

If a Protective Order is issued against the other spouse, when can a divorce be granted?Beginning in August 2014, a person can obtain an immediate divorce if a Protective Order has been issued against the other spouse.  The Court has to find that the other spouse has physically or sexually abused the spouse seeking the divorce or a child of the marriage.
What if my spouse does not want a divorce?
Your spouse cannot stop you from getting a divorce by refusing to "sign the divorce papers." If you can prove that you have grounds for divorce under Louisiana law, you can get a divorce. It is the Judge and not your spouse, who decides to grant you a divorce. Even if your spouse ignores the divorce case completely, you can still ask for a divorce.
What about spousal support (also known as alimony)?
There are two types of spousal support in Louisiana: interim spousal support and final periodic spousal support. Interim spousal support may be awarded to a spouse who does not have sufficient income for his/her maintenance pending the divorce. It is designed to maintain the status quo in both spouses’ living conditions, to the extent that this can be accomplished, and it may last up to six months after the date of the divorce.

Final spousal support may be awarded to an ex-spouse who has been found to be free from fault in the breakup of the marriage. It can be awarded after a determination that the spouse requesting the support has a need and the other spouse has the means to provide for that need.

What if I cannot afford to pay the filing fee?
Article 5181 of the Louisiana Code of Civil Procedure provides: “an individual who is unable to pay the costs of court because of his poverty and lack of means may prosecute or defend a judicial proceeding in any trial or appellate court without paying the costs in advance or as they accrue or furnishing security therefor.”

* PROVIDED BY THE EXCELLENT SOURCE - LEAP
The Legal Education and Assistance Program (LEAP) is a project sponsored by the Louisiana State Bar Association, with the support of the Louisiana Library Association, the Law Library of Louisiana, LSU Paul M. Hebert Law Center, Southeast Louisiana Legal Services, Acadiana Legal Services, and Legal Services of North Louisiana. LEAP aims to provide support and assistance to public librarians throughout the state by providing them with the tools to help their patrons with their legal questions. LEAP understands that librarians are prohibited from providing legal advice, but instead helps them provide legal information, including referrals to attorneys.

Provided directly from LEAP.  Please visit the LEAP website for a wealth of additional information about divorce in Louisiana.